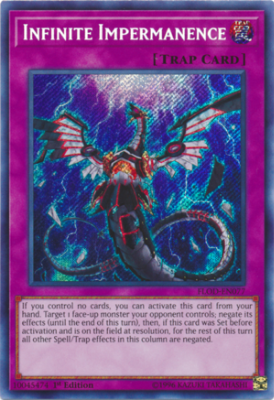 Today's article is about "Infinite Impermanence" one of the first real hand traps that existed in Yu-Gi-Oh. As cards like "Ash Blossom & Joyous Spring", "Effect Veiler" or "Fantastical Dragon Phantazmay" are called Hand Traps but are not actucal Traps.

Advantages of the card compared to „Effect Veiler“:

Disadvantages of the card compared to „Effect Veiler“:

Its a good main deck card in those decks, and for most other decks its a good side deck card.

Since the card is not exactly cheap, you can also play "Effect Veiler" as an alternative. If you do have the possibility to play "Infinite Impermanence", you should consider it. 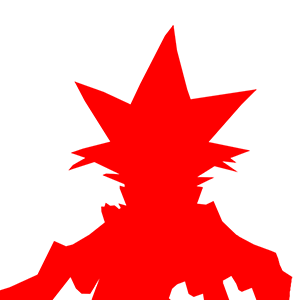